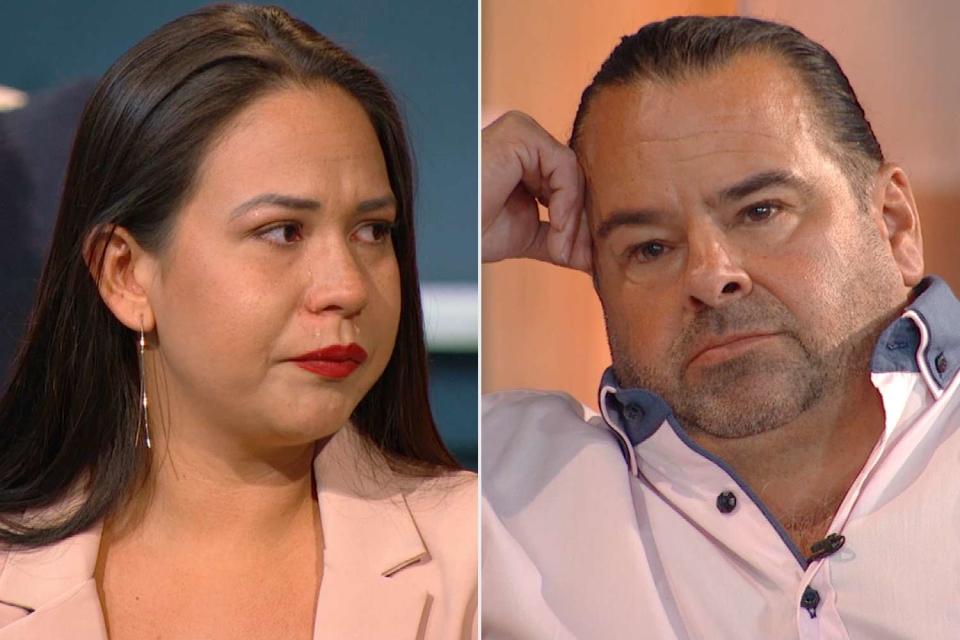 during Sunday night 90 Day Fiancé: Is He Happy Forever? Tell all, Ed asked for his engagement ring again in the midst of an explosive argument. This marks nearly a dozen times they’ve split in their time together — and they even touched on the previous ten splits shortly before they split.

What makes it even more dramatic this time around – Liz later reveals that she chose a wedding date just a week before shooting the movie.

It all started when Ed’s ex-fiancé Rosemary “Rose” Vega (whom viewers have known since his first appearance on 90 Day Fiancé: 90 Days Before) attended almost everything. She comes ready by revealing that Ed recently spoke to her – even though Ed blatantly lied about it.

Related: 90 days: Cheating threats and suspicion plague Liz and Ed when they reveal they’ve been broken up 10 times

So, Rose brought screenshots. Liz reads photos from late 2021, which prove that Ed asked to visit Rose in the Philippines. As it turns out, Ed’s latest message was sent just two days before he proposed to Liz.

Ed’s fiancée is shocked and upset at the revelation. After the segment ends with Rose in tears, Liz quietly says that she didn’t know if she had “any respect left” for Ed. This is when he asked her to return her engagement ring.

After insisting that he return the ring, Liz removes it from her finger and hands it to him. The (former) couple sat frozen on opposite sides of their shared love – having just broken up for the 11th time on TV.

Later in the episode, Ed tries to sort things out with Liz. They have a private conversation about everything exploding in their hotel, but Ed’s tears of grief are short-lived. He tells Liz that he was expecting her to have his back during the filming of the special – don’t hold a torch against him.

Ed said, “You just need to know where I was today. I was drowning.” “And I felt you stepping on my head. The only person I wanted to count on and stand by me, right or wrong, I thought was you.”

Related: 90 days: Ed claims Liz “pressured” him into marriage and insists he “couldn’t give an answer” at the wedding

Liz shared how this interview made her feel — but Ed didn’t have that.

Liz replied, “I couldn’t do that when it was a lie.” “You could have just told me you reached out.”

Ed said he “doesn’t even remember the scripts,” then added that he would like “Liz to take responsibility for himself.”

He continued, “I don’t decide one day I’m going to break up with you.”

Liz wanted to explain that Ed was the one who was “caught” with wrongdoing, but he responded, “I didn’t get involved in anything. You’re acting like I’m trying to lie to you… Number one, I’m not lying. Here I’m trying to stand up for myself.” And I’ve got six other husbands pouncing down my throat, and you stand there and let me drown.”

He then accused Liz of “performing” an emotional response to gain the group’s sympathy – which angered Liz. The episode ended after the Visitors walked out without a resolution, apparently getting shut down again.

90 Day Fiancé: Is He Happy Forever? It airs Sundays at 8 p.m. ET on TLC and Discovery+.