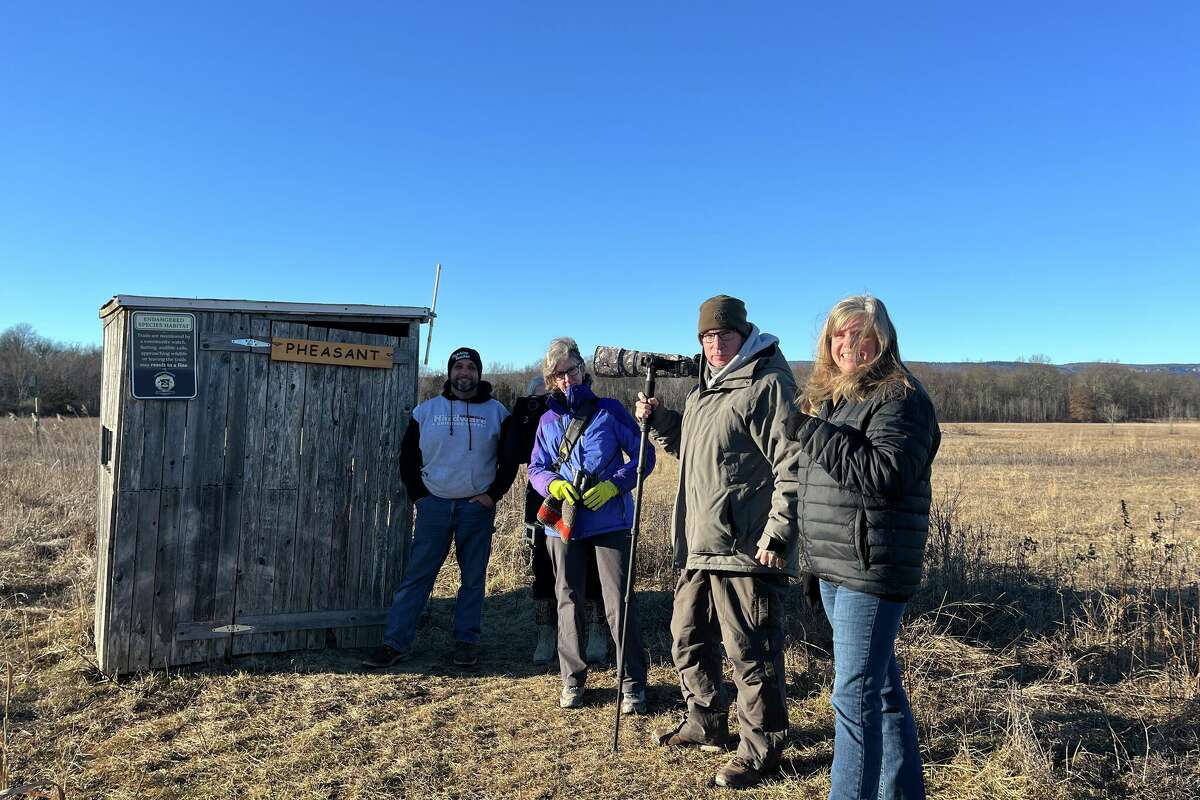 The Shawangunk Grasslands National Wildlife Refuge is a 597-acre tract of land that is home to grassland-dependent migratory birds and wintering birds of prey, including the short-eared owl, northern warbler, highland sparrow, horned lark, and bobolink. Many species are endangered or threatened, making this preserved space a true haven for birds trying to hold on to their wonderful place in the natural world.

The reserve was established in July 1999 by the US Fish and Wildlife Service and is one of only two sites in the Hudson Valley large enough to support the full range of northeastern grass birds, as its habitat has been greatly diminished. Before becoming a haven for 167 species of birds – as well as wolf, deer, fox and mink – the US military used the property during World War II to train pilots.

Like many outdoor destinations, the Shawangunk Grasslands has seen a huge spike in activity during the COVID-19 pandemic. This, along with a growing number of bird-loving apps such as eBird, has made it a prime destination for bird lovers.

From a layman’s point of view there isn’t much to see at first – a small car park, viewing platform and ample paddock with a few rustic lookout blinds. This is not a pastime for the impatient viewer. During the winter months – the grasslands’ busiest time of year – the FWS closes most of the refuge to the public to give owls and falcons an unobstructed area to hunt and live.

But at 4 p.m., the grasslands come to life like a feather-covered version of an Alvin Ailey performance. The light captures the tawny shade of the owl, turning it into a golden swirl that flips in and out of the grass. Crowds of birding enthusiasts pack the refuge, including heavily equipped photographers who line the viewing platform and trails like paparazzi birds. Often dressed in head-to-toe camouflage, these photographers come from just about anywhere and everywhere to snap pictures of these endangered birds.

The sight is, at first, a little depressing: about 100 photographers in the latest equipment dressed as if they were going to war in the middle of a large grassy field. But there is an obvious camaraderie when the sun begins to go down and the white tail feathers of northern harriers can be seen in the fields, or short-eared owls begin to circle in search of a mare or other prey.

There are always two dances: the groovy choreography of birds catching, snapping and hovering in the wind, and the photographers who freak out and suddenly all their lenses are facing one direction, their apertures firing at a machine-gun pace.

said Bethany Waterman, a retired English teacher from Pine Bush and a self-proclaimed “bird geek” who is president of Friends of the Shawangunk Grasslands National Wildlife Refuge, a citizens’ group that helps raise money, educate, and work with the Fish and Wildlife Service. “We are all here just because we love birds.”

There are also very rare sightings that can cause a stir in the regional ornithologist and beyond. Board members still talk excitedly about Board Member Karen Malloy Brady’s vision of the gyrfalcon, an arctic bird of prey that is the world’s largest falcon. The sighting made waves in the birding community — as did Bosque’s photo of a loggerhead shrike that appeared one day.

She explained, “They call it the ‘butcher bird,’ because it encircles its prey on branches and fence posts. I had no idea what it was but as soon as I posted the picture, people went crazy.”

Ralph Tabor remembers the day bulldozers arrived and tore up the asphalt from the former airport.

Tabor is a native birder who helped lead the formation of the Friends of Shawangunk Grasslands National Wildlife Refuge. He explained that the quiet, golden-hued grassland we were staring at was once known as Galville Military Airfield. Once the war ended, the military continued to use the airport for training for the FBI, United States Marshals, and West Point Military Academy until it was officially closed in 1994.

“There have been all kinds of UFO reports and sightings here,” Waterman said. “People would see planes or skydive at night and think it was a UFO or alien sighting. I’m happier to be here watching birds.”

There is a peace in the refuge that contrasts with his military past. Nestled in the lap of the Shawangunk Ridge in Ulster County, this gorgeous meadow has great views in every direction. The late afternoon sunlight spreads across the grassland like a layer of warm varnish, holding everything within its reach at an angle that seems to retain and refract light at the same time, as if the pasture were able to inhale and exhale the sun.

“I can’t drive anywhere near it without having to go wild,” said Mary Bosque, a board member who is the sanctuary’s unofficial ambassador to the ecosystem. “The light is beautiful here and there, wildflowers, honeybees, and all kinds of songbirds. And what about the clouds? Their patterns never cease to amaze me.”

This is my carousel. Use the next and previous buttons to navigate

While the Shawangunk Grasslands appear to be in a completely natural state, Jared Green, an FWS officer who helps oversee four wildlife refuges in the area, said it takes active management to keep them home to grassland-dependent birds.

“The grassland ecosystem is becoming scarce and existing at much lower levels than it was before the arrival of Europe,” Green said. “People come from everywhere because there is wildlife here that cannot be found in many places.”

Now that the land is preserved, the biggest part of the FWS’s job “is habitat preservation,” which means controlled burns and regular mowing, Green said. Without these management tactics, grasslands would go through a natural cycle of succession, turning into woody shrubs and eventually forests. Those cycles would be interrupted by a fire from a lightning strike, Green said, but “we don’t tend to let wildfires burn.”

The environment is also missing major herbivores such as bison and elk, which help slow the cycle. Then there is a rapid decline in habitat loss due to residential and commercial development that leaves large tracts of grassland like this untouched.

Green and the board members attest to rapid regrowth after the described burns and mowings, which usually occur in March or early April, before the songbirds begin nesting. “It will look like a charred, barren land, but in two to three weeks it starts to regenerate and it becomes wild,” Waterman said.

Citizen groups such as Friends of the Shawangunk Grasslands are important partners of the Fish and Wildlife Service, helping to raise money, educate the public, and support the agency’s efforts to protect the ecosystem.

To that end, the Friends have raised funds to put up benches and bird feeders, expand the viewing platform and host events that promote wildlife protection. They’ve also partnered with the Hudson Valley Beekeepers Association, which has installed beehives that thrive off wildflowers in the grasslands.

“I will never forget what Ralph said to me when I first joined,” said Waterman. “The difference between a park and a sanctuary,” he said, “is that a park is for people to recreate, a sanctuary for wildlife.”