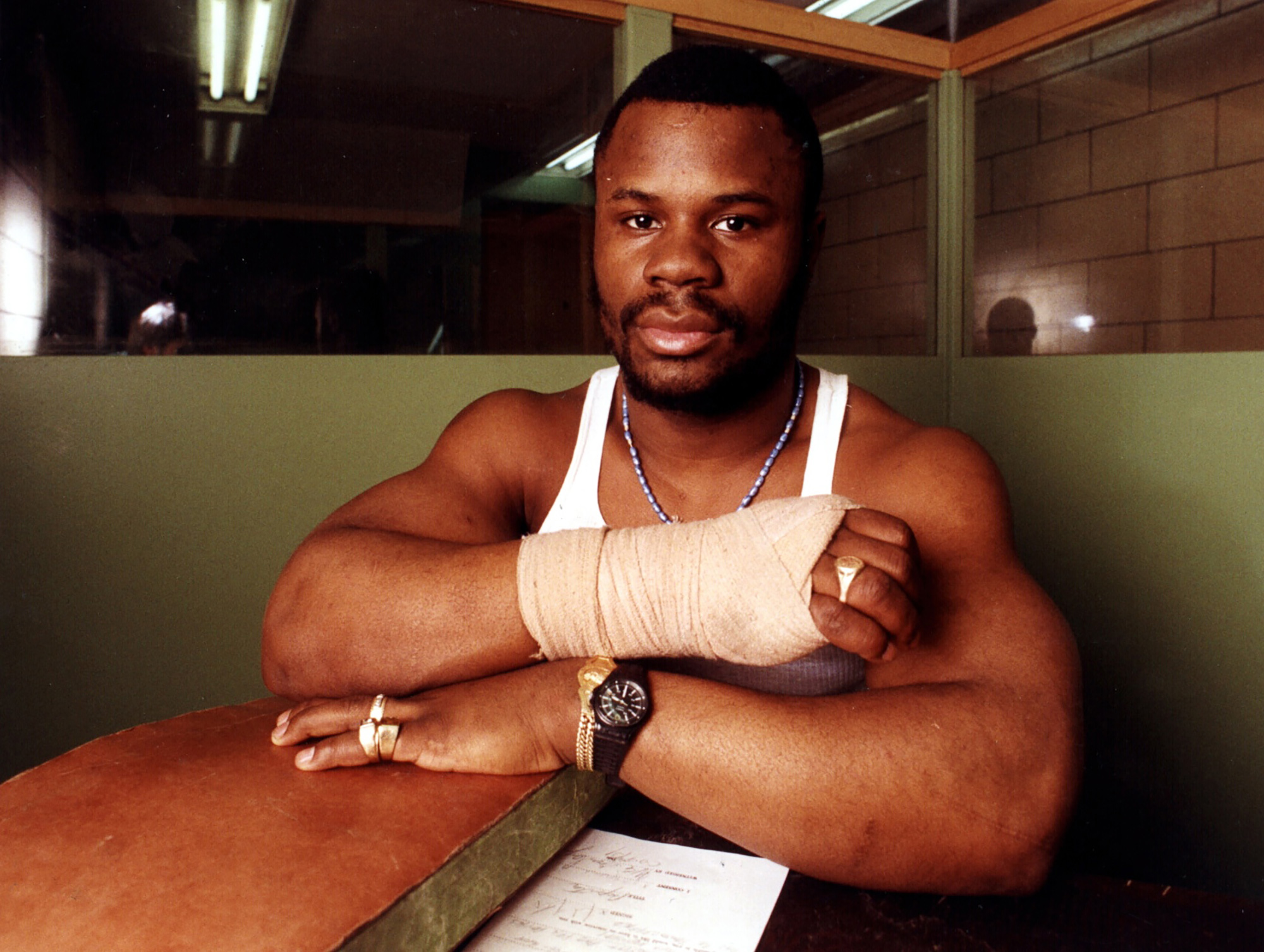 All this convicted killer wants is to kill.

Notorious Crips mob boss Luis “Blue Boy” Rosado has complained to The Post that reinstating him on attempted murder charges is ruining his chances of a book deal and starring in a documentary.

From Rikers, the 57-year-old inmate — who made headlines in 2008 for killing notorious cop shooter Larry Davis while he was being held in Ulster County Jail — claims he once got $5,000 to guest on a podcast, but “just gave them Bits and Pieces” of his life story.

“I never gave them the full story of my life,” said the convicted killer, who said his autobiography was penned by author Clayton Patterson.

“[Patterson] You already got most of the history part. We were writing the book, dealing with my life story from when I was a kid — how I got on the street, how I got into jail when I was 16 and got 25, and all the things I went through in jail.”

Dressed in an orange suit and speaking in a soft accent, Rosado said director Max Starr, who shot footage and interviewed him, “was trying to find someone to lobby for the film to be shown there.”

Rosado claimed it was “working on something with Netflix,” but didn’t provide details. A Netflix spokesperson said that this claim is untrue.

Rosado is being held on charges of attempted murder, attempted assault, and gun possession for blowing up a 25-year-old man outside a porcelain store in the East Village on Oct. 21 — just 11 months after he was released on life parole from a 39-year prison sentence.

A murder conviction when he was 16 years old landed Rosado a 25-to-life sentence—later extended by the 2008 prison yard murder of Davis.

The notorious gangster has pleaded not guilty to the latest charges against him, which he said he believes were thrown at him by the police simply because of his “reputation” and “history of being involved in violent situations”.

“I had too many things in motion to be stuck on some shit like that,” he said.

Patterson, who first went to visit Rosado in prison in 2009 and has since become “good friends” with him, told The Post that he might include the stories Rosado shared with him in a book he plans to write about the history. Of the Lower East Side gangs — or he might devote an entire book to him.

“He’s definitely an amazing guy… I’d like to respect his history because he deserves it. Someone’s got to step up for him — and if that’s me, I’m good at it,” Patterson said.

“He’s not really someone to be afraid of… He’s a very likable guy. But if you don’t respect him in some way — let’s say you spit on him or something — you’re going to get in trouble.”

Rosado had just returned to his Lower East Side yard from prison last spring when he was introduced to Starr — a filmmaker and co-owner of an East Village tattoo parlor — who was immediately interested in doing a “piece of art” about him.

“Walking around [Lower East Side] With “Blue,” he has an almost perfect memory of the way things were up until 1982. I was really lucky to be able to ask him questions about the neighborhood, especially about his life at the time,” Starr told The Post.

Starr said he has tentative plans to turn 20 hours of footage he shot of Rosado into a short documentary about his life.

Star fears that Rosado’s unexpected return to prison will now make it difficult for him to go back and “tighten up” the details of the movie, but “I hope I keep doing that.”

New York’s 2012 Son of Sam law makes it illegal for criminals to profit from their crimes, including by sharing their stories commercially — instead, the money must go to the victims.

Starr and Patterson said that money is not their inspiration, and that Rosado will not receive any money if a book or movie deal is struck.