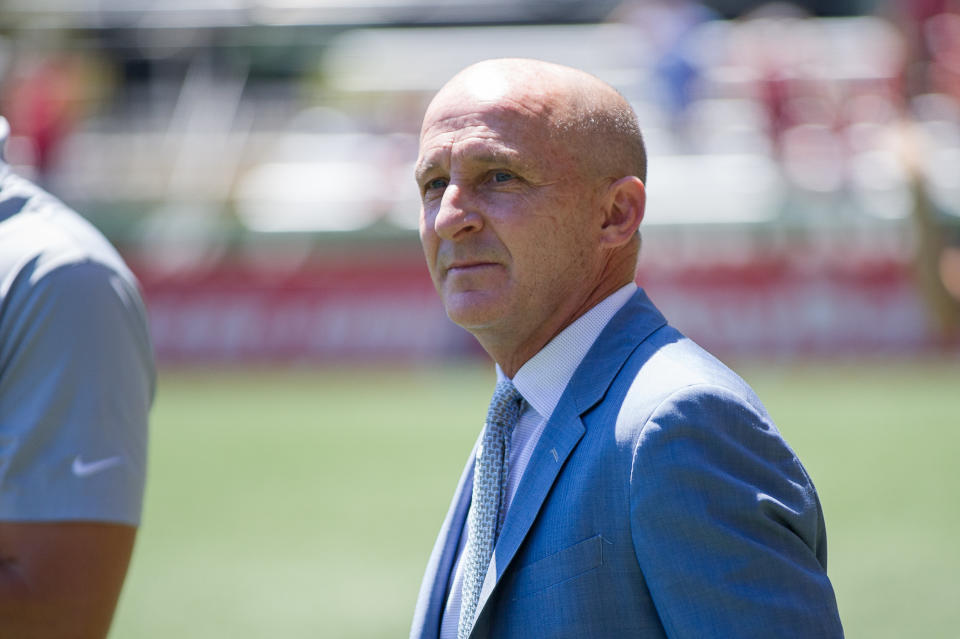 The National Soccer League (NWSL) formally sanctioned several teams, individuals and organizations on Monday after a months-long investigation found “widespread misconduct” in and around the league.

“The league will continue to prioritize implementing and strengthening policies, programs, and systems that put the health and safety of our players first,” Baartman said in a statement. “These actions are central to the future of our league, especially as we build the league that enhances our players’ ability to succeed and thrive on and off the field as part of our commitment to accountability and deterrence.” The League has determined that further corrective action with respect to certain organizations and individuals identified in the Joint Investigation Report is appropriate and necessary.

Riley, Holly, Dames and Burke were all given level one penalties, permanently banning them from working in the league. Riley was at the center of a 2021 Sports article outlining the abuse across the NWSL, but the four were named multiple times in a 125-page NWSL report in December.

Eight other people were given penalties, two of which included two-year bans from the league. Former Utah Royals head coach Craig Harrington and former Gotham general manager Alice Lahue must meet certain requirements to qualify for future work after their suspensions expire in 2025. According to the NFL, the statement, which includes “admitting an error and accepting personal responsibility for improper conduct, Participate in training and demonstrate a sincere commitment to correcting behaviour.

American Soccer clubs, the NWSL and the league office were also fined

Both US Soccer and the NWSL league office were fined at least $1 million in addition to requirements for systemic changes.

The Red Star incurred the largest fine, $1.5 million. Owner Arnim Whisler plans to sell the team after the club’s board of directors ousted him as team chairman in October. The Portland Thorns were fined $1 million, something owner Merritt Paulson previously announced when he announced he was selling the team in the wake of the investigation.

Racing Louisville was fined $200,000 and Courageous North Carolina was fined $100,000. Both must also hire coaches and general managers who are “very different from the men’s team with which they co-own”. OL Reign and Gothan FC were also fined $50,000 each.

Two teams specifically mentioned in the release but not fined are the Spirit and Kansas City Current. The league decided that it would not force corrective action on the Spirit because the team is under new ownership. The league did not sanction the current either, as it did not find that anyone in the club had retaliated against the players, although the statement stated in “concern that many players have raised concerns about being mistreated or retaliated.”