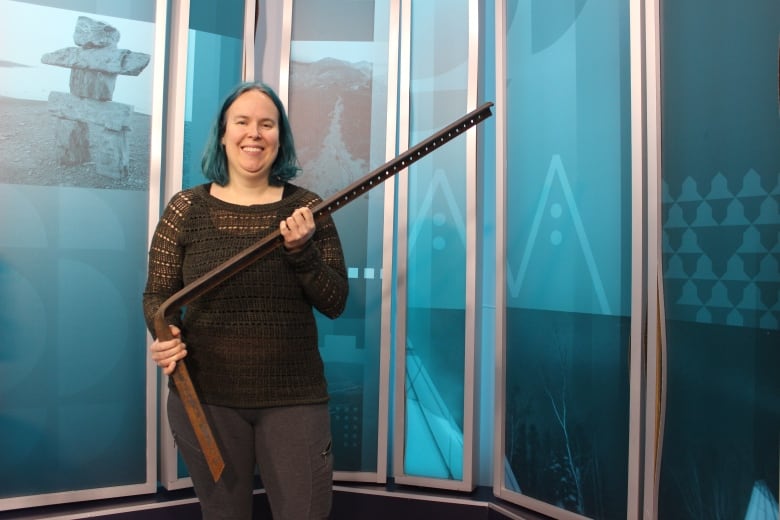 After retrieving more than 300 SD cards from wildlife cameras scattered across the NWT Thaidene Nëné Indigenous Conservation Area at the end of summer, it was clear to Iris Catholique which one to look at first.

The iron pole on which the camera was mounted was bent at an angle of 90 degrees, and the people involved in the Biodiversity Monitoring project were trying to guess which animal could cause the damage.

“Once they found out it was a grizzly bear…” said Catholics, director of Thaidene Nëné in the Łutsel K’e Dene First Nation. Iron angle. And the bear completely deformed it.”

The camera is one of more than 1,000 cameras and audio recorders installed by NWT’s Biodiversity Monitoring Program in and around protected areas in the territory – and it has captured images in the act. somewhat.

Images from the camera show a grizzly bear strolling toward the device one May morning. The animal disappears from view, and suddenly the camera angle rotates about 90 degrees. The grizzly bear walks away.

The cameras are activated by sensors when animals pass by. Other images from the damaged camera show a grizzly’s curious ibex snout, the bloodied face of a wolf, and arctic hares hopping in the dark—before the grizzly bear dealt what appeared to be its final blow in July.

In Thaidene Nëné, the monitoring program was a collaborative effort between the Łutsel K’e Dene First Nation, the provincial government, Wilfrid Laurier University, and the Canadian Wildlife Service.

Claudia Haas, a biologist and doctoral student at Wilfrid Laurier University, was part of a team that spent 31 days installing 307 sets of cameras and audio recording devices across the park in 2021. The team used boats, helicopters and floatplanes to get the job done.

“It was a lot of effort, several days, but it was worth it,” said Haas.

Founded in 2019, Thaidene Nëné consists of 26,525 square kilometers of land northeast of Łutsël K’é – including a national park and regional conservation areas.

Catholics said the sights and sounds of the vast tundra, forest and wetland environments will help build an understanding of the animals that live there, and the Łutsel K’e Dene First Nation will help manage the park in the years to come.

“Taiden Nene is completely new,” she said. “We don’t have any kind of basic data on a lot of different things.”

Catholics said the information can help the community make decisions about where to implement land-based learning. It could also confirm traditional knowledge of where animals live, eat and mate, or help paint a picture of how these things have changed due to climate, wildfires and industry, she said.

Haas said the data can also be used to learn about interactions between different species.

“Are cougars coming into the NWT? Is there a warthog? So all this information will give us an early idea of ​​how habitats are changing with climate change and hopefully allow us to adapt as well,” she said.

More than a million photos

But before the monitoring team can make sense of the data – it faces a daunting task.

The team recovered all but 42 of the camera and recorder equipment at the end of the summer, and all the images and sounds collected must now be examined. Haas said there are 1.8 million images to view alone.

As for cameras left in the field, Haas said decisions are still being made on how long to leave them there. One of the biggest factors it will likely count on, she said, is how long its batteries can last.

Haas estimates that the large project in Thaidene Nëné cost nearly $350,000 to implement, which is why fewer cameras are being used to collect data now. Most of the money, she said, came from Canada’s Nature Fund’s 2019 investment in areas in the NWT that were on the verge of becoming protected areas, or were candidates for protection.

There are also cameras outside the protected areas, Haas said, near Sambaa K’e, Norman Wells and Fort Smith.